2012 sticks out in my memory for several reasons, both from a personal and professional standpoint. It was the year that I discovered the possibilities of the Micro Four Thirds system when I bought an Olympus OM-D E-M5. It was also the year that I brought my body mass index from over 32 down to 24, most certainly skewing my timeline away from premature death. I also registered the Fotozones domain name in 2012, so it was definitely a memorable year.

As had been the case on the previous trip to Sabi Sabi, my main dilemma in the build-up to the 2012 trip had been deciding what camera equipment I was going to take and more importantly, how was I going to get it there? At that time I was still pretty heavily entrenched in the Nikon system and I had a nice collection of lenses, including the Sigma 120-300/2.8 OS. This was a great lens for safari and I also had both the 2x and 1.4x TC’s for it, making it even more versatile. I also had Sigma’s 70-200/2.8 OS which I had used very effectively with the 2x TC on the previous year’s trip. They were both pretty sharp lenses.

Bringing all this gear as well as my newly discovered Olympus E-M5 (for which I had sold one of my Nikon D700 bodies) wasn’t easy because it tipped my carry on luggage well over 15kg together with my laptop. The limit for local flights with SAA (the airline we used) is 8kg, so I had to pare it all down a bit. I ended up taking the 120-300mm and I think a couple of smaller lenses for the Nikon system, plus the Olympus and a couple of Panasonic lenses I had acquired. Somehow it got through the security as carry on luggage at my home airport, as well as on the flight back. If I had been stopped I was going to ask the airline why the previous year when I personally weighed over 100kg and now weighed only 82kg, why I wasn’t allowed more hand luggage? Fortunately it never came to that.

Anyway, amidst all this change in both gear and personal girth, October 2012 safari time arrived and would you believe it if I told you that on our first drive at Sabi Sabi we once again saw a predator hunting? Sounds far fetched but it’s absolutely true. We came across a young lioness who had become separated from her pride a few days earlier. We found her in the shade of a large tree but after a while she got up and in the light of the setting sun she climbed up a small hill and posed beautifully for us. Wow. It was probably one of the most perfect photo opportunities one could ask for. 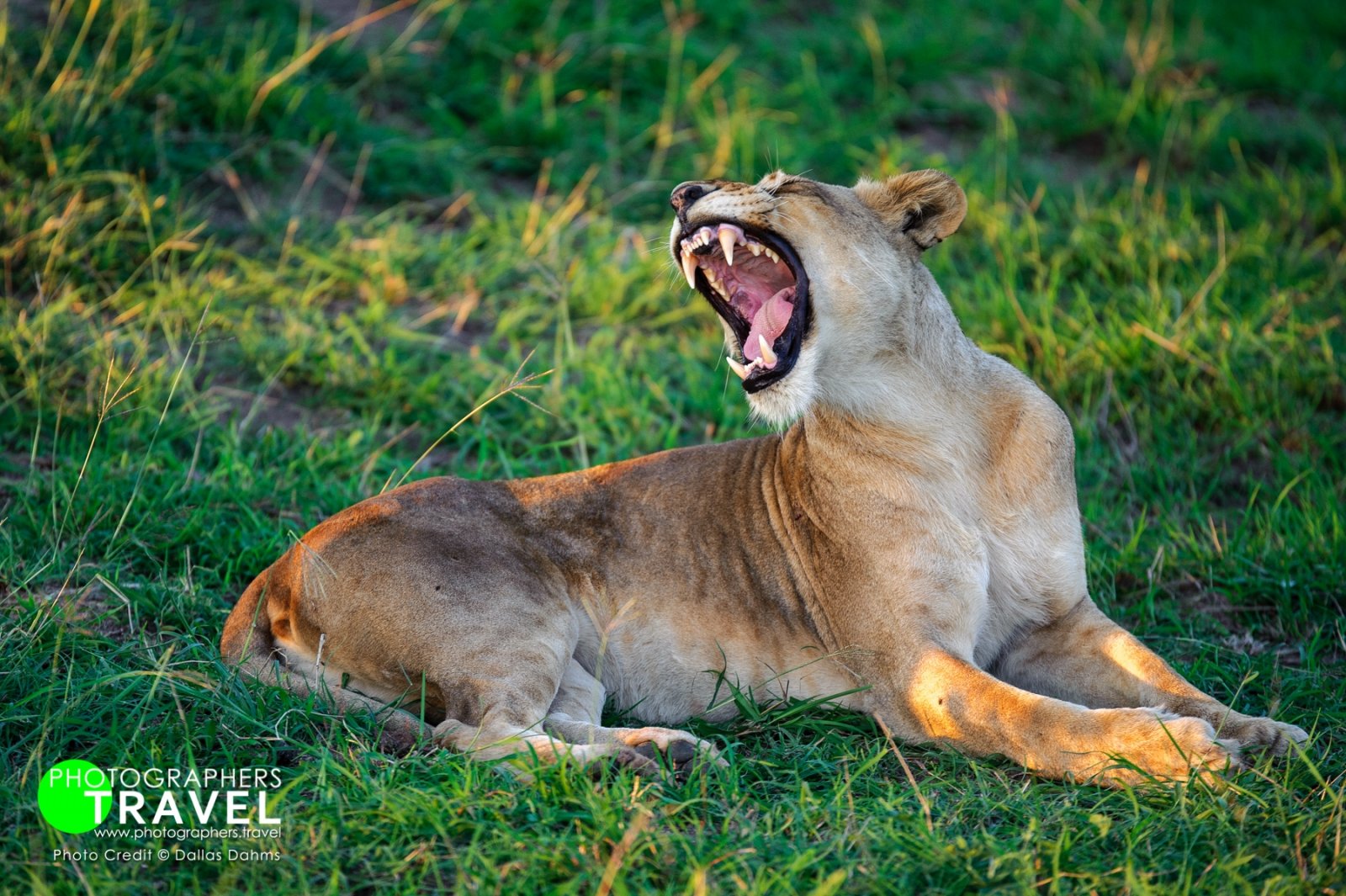 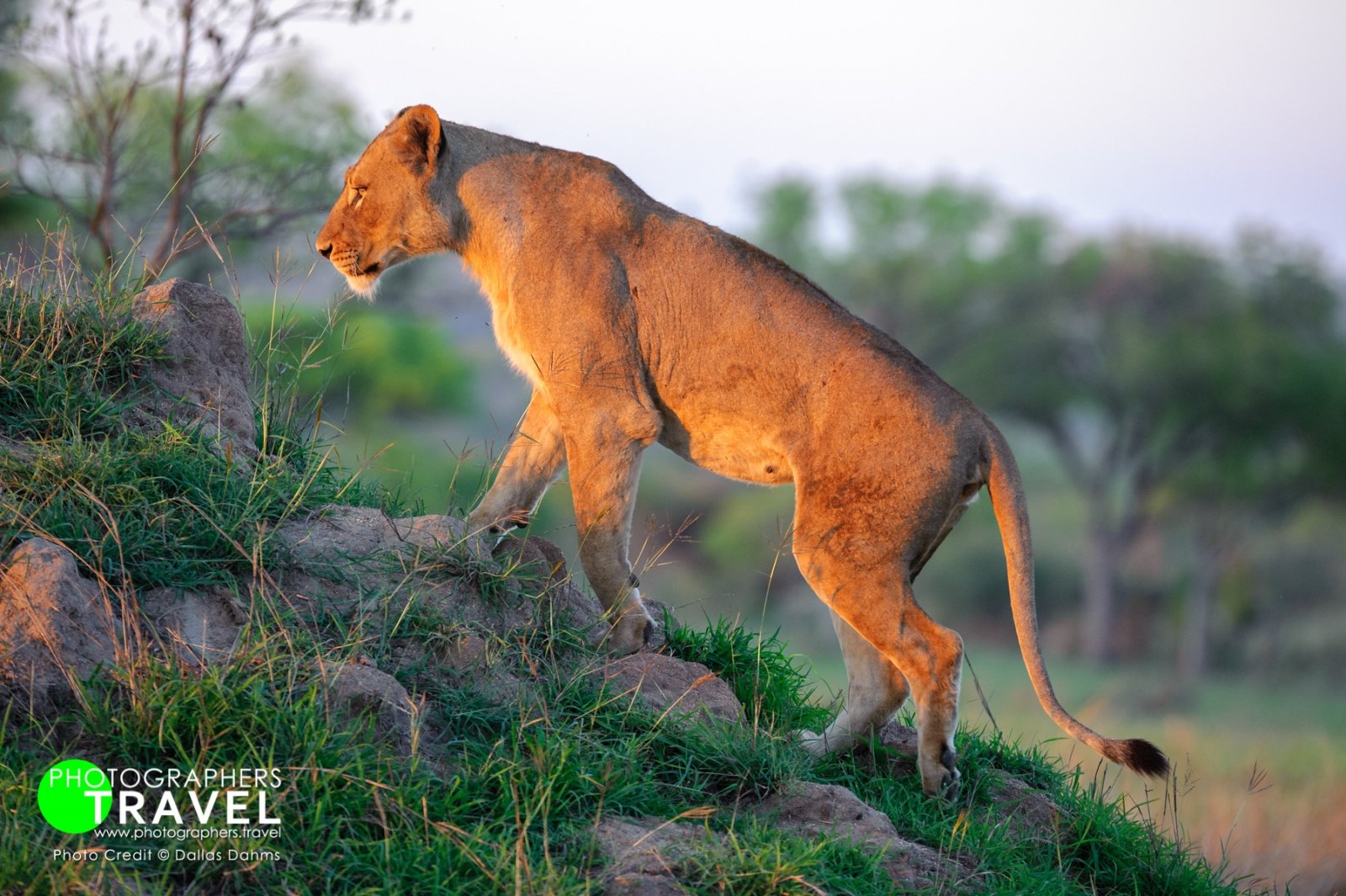 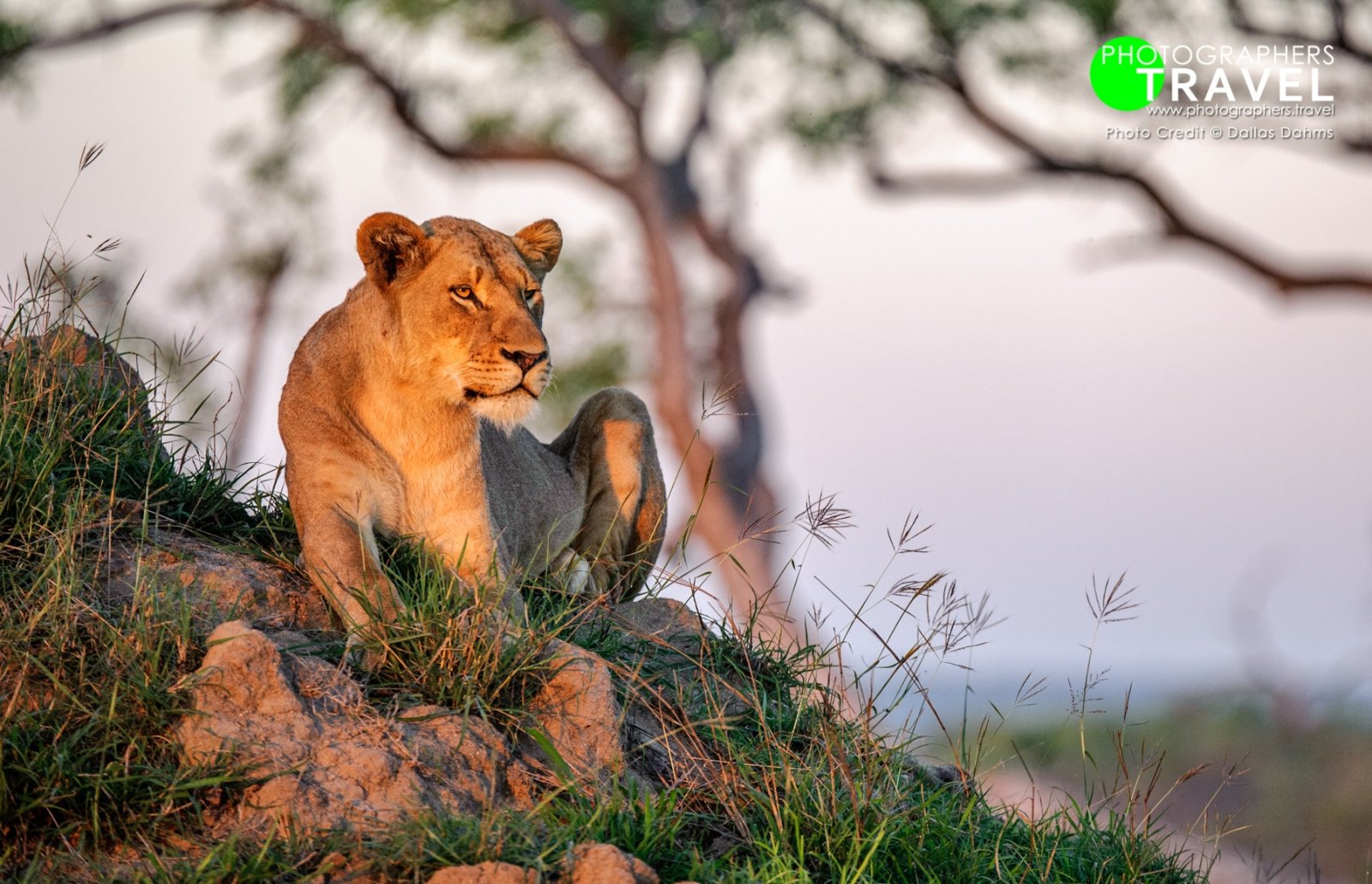 You can tell from the prominence of the rosettes on her legs and underbelly that she’s still fairly young. Those spots usually fade as the animal gets older, disappearing entirely in males. 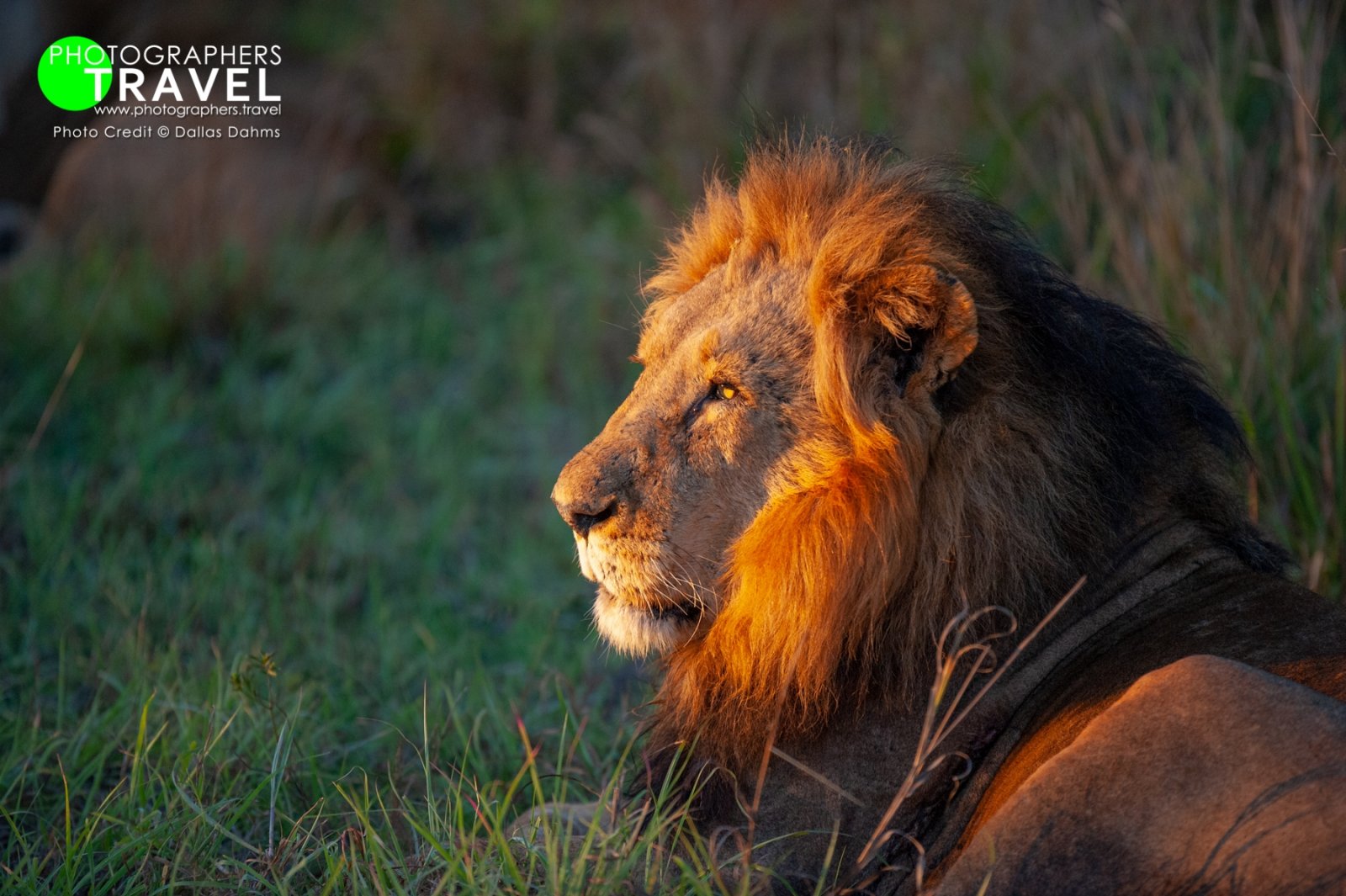 This is one of my favourite lion shots from all the safaris. This male had just raised his head to see what all the noise was (think shutters going off like a squadron of spitfires attacking a WW2 target) and the morning sun seemed to ignite his mane and face.

The Southern Pride of lions as they had come to be known, were very successful in the Sabi Sands, particularly for their ability to hunt down the fearsome buffalo, which is also a members of Africa’s Big 5. We encountered this pride many times during the safari, but we were also introduced to one of the most successful male leopards the area has known, namely Sandriver. This male leopard became very well known for his ability to dominate and defend his territory, even with only one functioning eye. He had lost the use of his right eye in a battle with another leopard, but this didn’t seem to slow him down at all. He was magnificent and powerful with a neck like a Sumo wrestler. 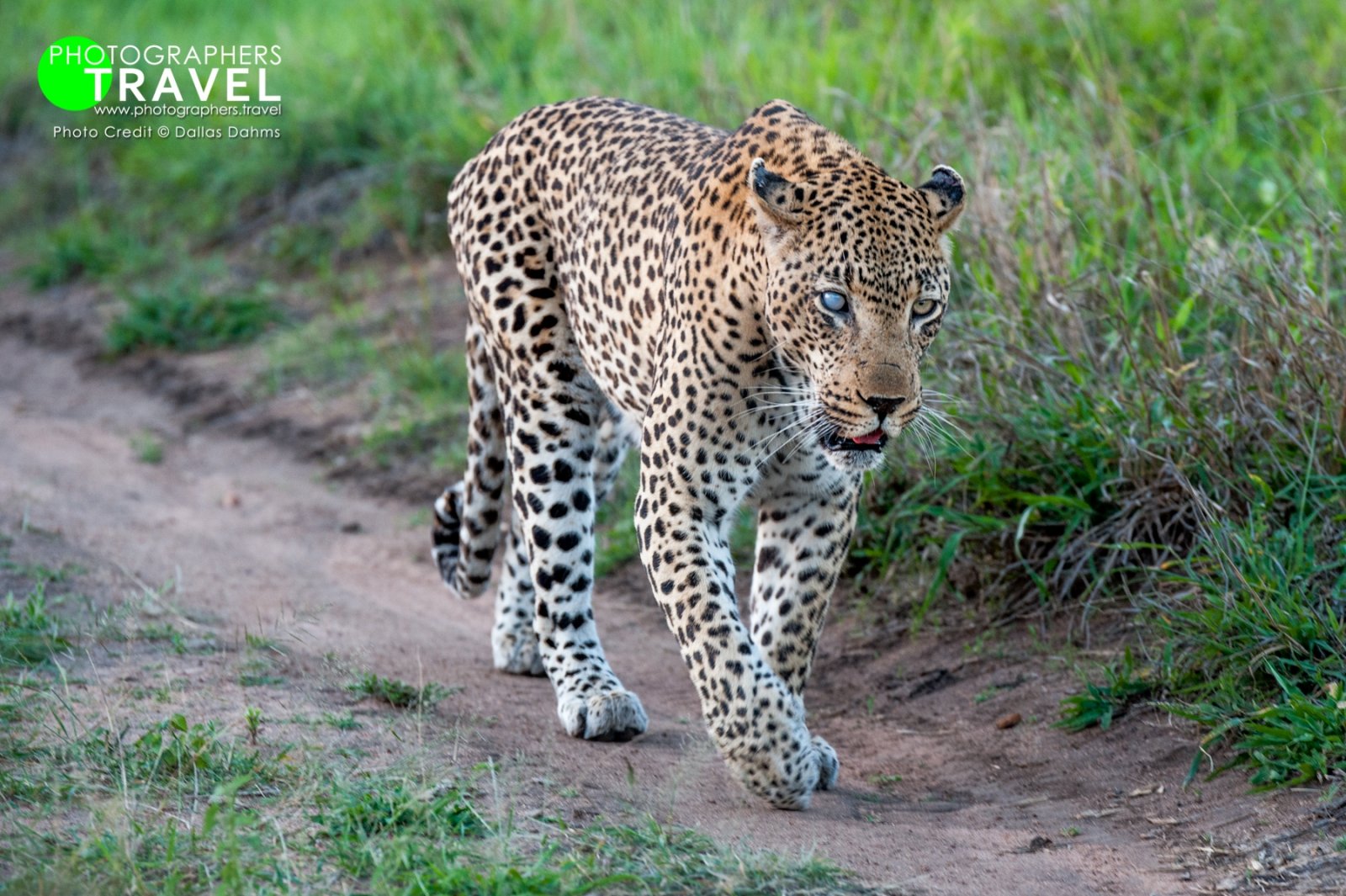 Every day on this safari was exciting and Sabi Sabi had certainly welded itself onto our hearts as a place that we could call our “safari home”. We would return every year afterwards and each time we’d get a taste of something different. 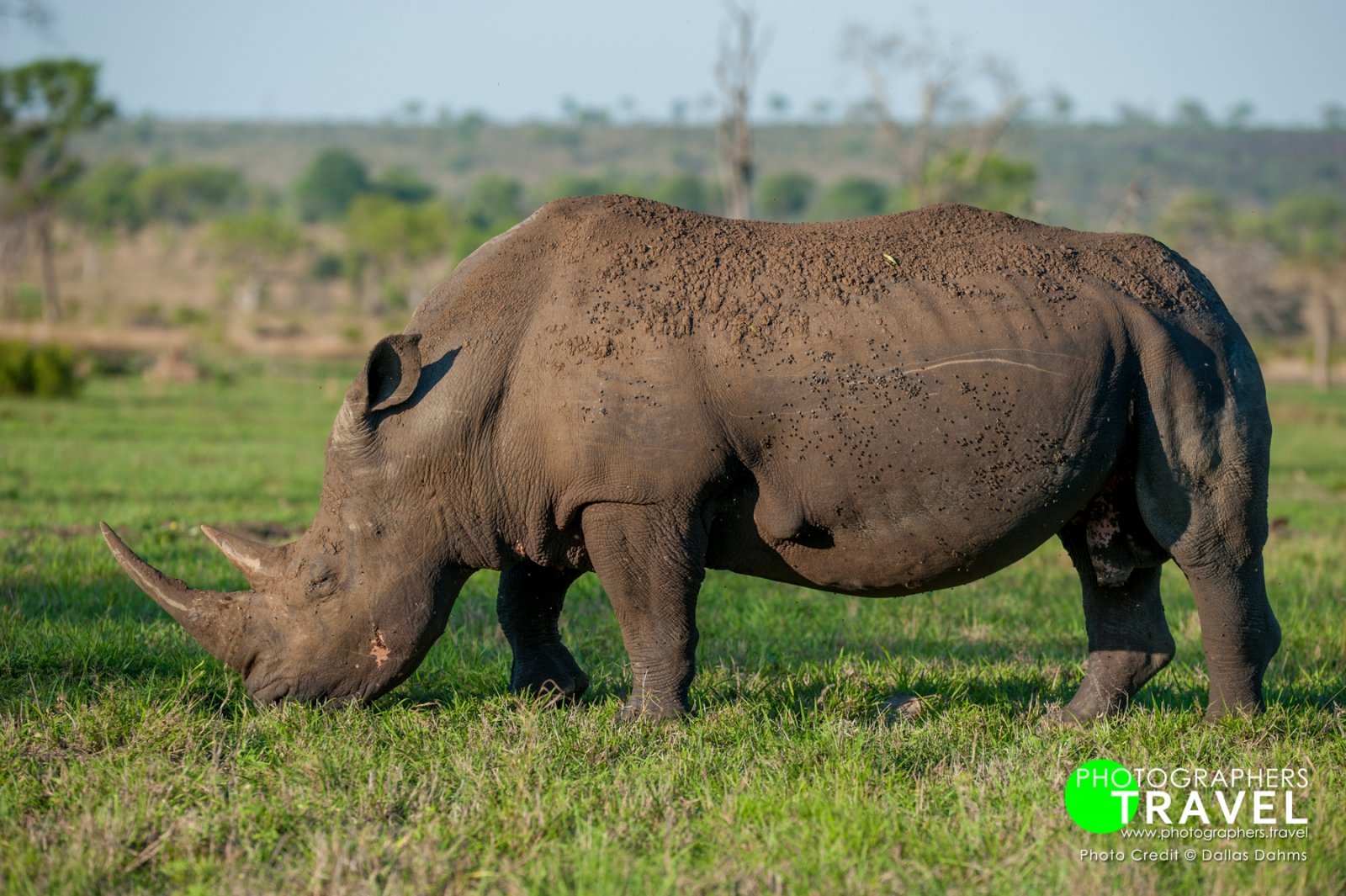 A male white rhino suffering dreadfully from an infestation of ticks and flies. 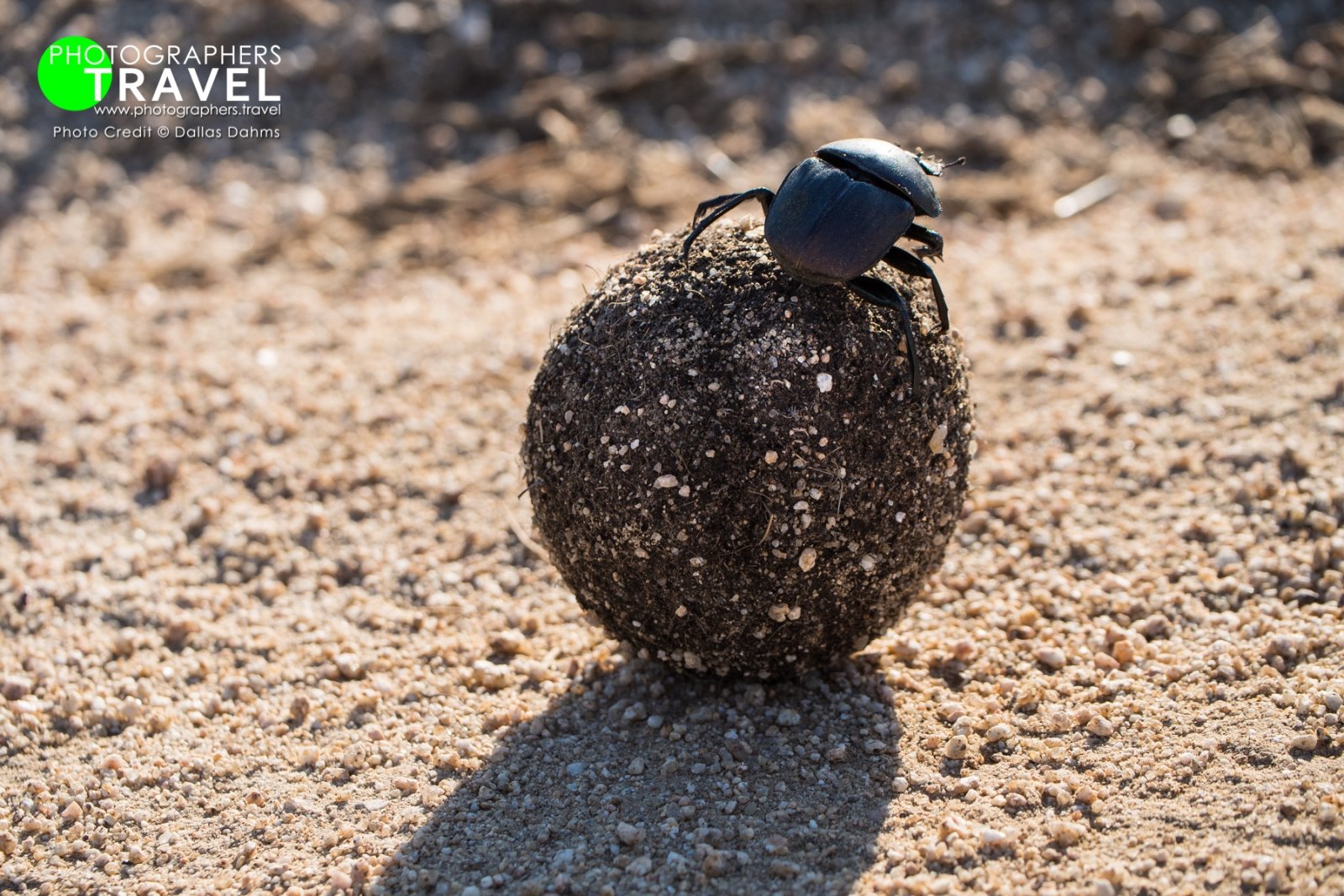 Make dung beetle with a perfectly formed ball for his discerning madam.